How could we decrease the suicide rate in Hungary? 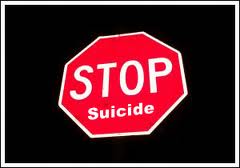 Suicide is a serious public health problem. However, we need to realize that suicide is preventable. Most suicide are associated with diagnosable mental disorders, mainly treatable depressive disorders but other psychological, psychiatric, cultural, social and spiritual factors also play role in the development of suicidal behavior. For example, negative life events, recent global financial crisis, unfavorable economic conditions, unemployment, job insecurity, isolation, easy accessibility to lethal devices, serious chronic or acute psycho-social stress, etc. may contribute to the pathophysiology of suicidal behavior. These risk factors quite often lead to suicidal behavior among psychiatric patients. The psychosocially disadvantaged people are at a high risk for suicide, especially if they suffer from psychiatric disorders.

This Strategy should include the following parts:

It is important to introduce at least three new laws to

–          regulate the prevention of suicide (Basic Law on Suicide Countermeasures),

–          make sure that the Mental Health is accessible for everyone,

–    provide health care for everyone,

–    strengthen the social support system to help individuals and vulnerable groups to cope with stress,

–     improve the knowledge about main risk factors and causes of suicide.

–          be able to recognize the depressive disorders and signs of suicidality by every general practitioner,

–          improve the knowledge of the recognition and adequate treatment of depressive disorders among the general practitioners; depression is one of the most important risk factors for suicide,

–          develop evidence-based practices for treating those at risk in Primary Health Care settings,

–          implement uniform procedures for the aftercare of attempted suicide patients,

–          develop Internet based educational programs not only for the physicians, teachers, health and social workers but also for students and the general population as well.

4. Improve the mental education and continuing education among children and young people in every school.

Today there is no systematical mental health education in the schools. Children and young people have an important place in this Strategy because suicide was the first leading cause of death among adolescent in 2009 and 2011.

–          Strengthen the knowledge of mental health issues among the teachers. Most of the teachers do not know the most important mental and psychosomatic symptoms, and, consequently, do not recognize them in children and do not know how to handle them.

–          Strengthen the mental health of teachers and other school staff.

–          Have emergency plans on how to inform school staffs, especially teachers, fellow pupils and parents when suicide has been attempted or committed in school.

–          Remove the means of suicide from suicidal adolescents’ proximity.

5. Struggle against alcoholism and smoking.

6. Support the media in delivering sensitive approaches to suicide.

We would like very much to be able to prevent all suicides. In spite of the fact that this is impossible we could and should do much more than we have done till now.

We should concentrate on the different risk and protective factors

–          to ensure the complete physical, mental, social and spiritual well-being for everyone,

–          to develop effective health and social support networks in the country,

–          to provide easier access to appropriate care and support in the right place, at the right time, using the right approach,

–          to increase protection for young people who are in a current crisis.

If we appreciate these above mentioned ideas, we shall achieve saving a multitude of lives.